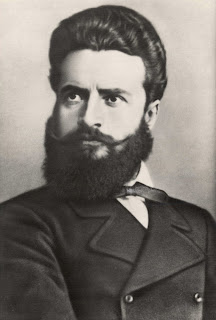 There is no power over those who are ready to lose their lives in the name of freedom and the good of humanity.

Today's "patron saint" of Bulgaria will be Hristo Botev, a poet and revolutionary who lived during the 19th century. He was born on January 6, 1848, and died in June 1876.

The combination of poet and revolutionary is often found in countries with a violent history. What is ironic is that poets, in general are usually very peaceful people, who despise violence and conflict. They are also idealists.

There are a number of countries with a literary history of revolutionary poets, such as Scotland (Robert Burns), Cuba (Jose Martí), China (Mao Zedong), and the United States (Phyllis Wheatley). Hristo Botev and Ivan Vazov (who will be mentioned later) are Bulgaria's contribution to the world of revolutionary poetry.

Hristo Botev died before the age of 30. He wrote 20 poems during his lifetime. Besides writing poetry, he was a teacher, writer, journalist, and revolutionary. He is considered a national hero in Bulgaria. Every year on June 2, the anniversary of his death, sirens sound at noon for several minutes and the entire country comes to a standstill. The city of Botevgrad is named after him, as well as a number of schools, sports stadiums, and even a program on the Bulgarian National Radio!

He was one of the key figures in the overthrow of Ottoman rule in his country, and is much revered by the Bulgarian people.

Bulgaria and a good portion of the Balkans had been under Ottoman Turkish rule for about 500 years, until the the end of the Russo Turkish War in 1878. Their rule was somewhat harsh; the Balkans have always been a hotbed for conflict, especially of the religious kind. The Turks were Muslim, and the Bulgarians, Eastern Orthodox Christians. The Bulgarians chafed under the Ottoman yoke; the Turks suppressed their religion and culture and taxed them heavily. They also took a number of Bulgarian boys away from their families and conscripted them into elite fighting units called the Janissaries. This did not sit well with the Bulgarians, either.

Hristo Botev's goal was to free his country from Turkish oppression. He was especially influenced by the Polish and Russian revolutionary movements and writers; nearly all his poetry was based on patriotic and revolutionary themes. Here is "The Hanging of Vasil Levski" in an English translation:

Vasil Levski was executed for spreading revolutionary ideas, and attempting to start an uprising, and this was Botev’s account of his death. It is very moving, graphic and sad. Poetry is emotion put on paper, and it’s not always about beautiful things. The description and its meaning to the poet, and to his readers, are what constitutes his message.

One of the most famous incidents in Bulgarian history, and one that was in part, responsible for the overthrow of Ottoman domination of Bulgaria, was the May, 1876 takeover of the Radetsky, in which Botev, accompanied with about 200 men, dressed as gardeners, hijacked an Austro-Hungarian steamship. He, with a group of revolutionaries, exiles, living in Romania, were fed up with the situation in Bulgaria, and decided the time was ripe to return home and overthrow the Turks. Their plan was to cross the Danube into Bulgaria and join other rebels in hiding in the Vratsa region. His group, disguised as laborers, boarded, and as soon as they left Romania, Botev made the following demands to the captain:

“Mr Captain!
Dear passengers!
I have the honour to notify you that Bulgarian rebels, whom I have the honour to be the voivode of, are located on this steamship.
At the price of our livestock and our agricultural instruments, at the expense of great efforts and sacrifice of our goods, finally at the price of everything which is dear in this world (without the knowledge and despite the pursuit of the authorities in the country whose neutrality we respected), we have provided ourselves with what is necessary to us, in order to come to the assistance of our revolting brothers, who are fighting so brave under the Bulgarian lion for the liberty and independence of our dear Fatherland — Bulgaria.
We pray to the Lord that the passengers do not worry at all and remain calm. As for you, Mr Captain, I have the hard duty to invite you to place the ship at our disposal until our very getting-off, while at the same time I declare that even your smallest resistance will put me in the sorrowful necessity to use force and against my will to revenge for the disgusting incident on board the Germany steamboat in Rousse in 1867.
In one case or the other, our battle cry is the following:
Long live Bulgaria!
Long live Franz Joseph!
Long live Count Andrássy!
Long live Christian Europe!”

A poem by Ivan Vazov describes the Radetsky incident. Vazov was also a poet, writer, and revolutionary, and a contemporary of Botev. He lived long enough to see the Ottomans overthrown. Fortunately for him, he did not live to see the Nazis and later the Communists, since he died in 1921.

This is the poem "Radetsky" (translation found on Wikipedia, now deleted) by Vazov and a YouTube video of the song created from the poem. (Translations from Bulgarian can get a little strange but this one is actually quite good).

The placid white Danube is excited
And splashing merrily,
For the Radetzky is proudly sailing,
On its golden waves.
But as Kozloduy is sighted
A horn sounds on the ship,
A banner is unfurled.
Young Bulgarian warriors
Suddenly appear,
On their foreheads lion badges,
Ardour in their stare.
Proudly there stood before them,
Their leader young,
And thus spoke he to the captain
With bare sword in hand.
‘I am a Bulgarian voivod,
And these are all my men.
We are speeding now for freedom
to spill our blood today.
We are speeding to Bulgaria,
To offer our help,
And from oppressive tyranny
To rescue her today.'

The captain, Dagobert Engländer, was quite taken with Botev’s demeanor and described him as personable and well-mannered. He was impressed with the Botev’s willingness to die for a noble cause, and agreed to his demands. He wished the revolutionaries well when they docked in the Bulgarian port of Kozloduy, and this was all accomplished peacefully, without bloodshed.

By the way, the ship was named after an Austro-Hungarian general, Joseph Radetzky von Radetz. He was immortalized in a march by Johann Strauss Senior, this is his most famous work, the Radetsky March. Every year (except for 2005) this piece has been the rousing finale of the yearly Vienna New Year's Day Concert. Another interesting fact: the composer was the father of the man who wrote that very famous waltz about the Danube :)

There is a statue of Radetsky in Vienna, and a town named Radetski in Bulgaria. Everyone in Bulgaria is familiar with the name Radetsky, and it’s written forever in their history books as well as Austria’s.

Here is the account of Botev's death from last year's Bulgarian National Radio entry on the Internet (which is no longer on their web site, so I have quoted it here).

At that point, when Bulgaria was in the fire of the April events, when the houses of the rebellious Bulgarians were set on fire and the bodies of the slaughtered lay unburied, 200 brave young men decided to cross the Danube River and return home to fight side by side with their compatriots. On May 29 they set off from Giugriu determined to fight for Bulgaria’s freedom. Hristo Botev was their leader. On May 30 they set foot on the Bulgarian bank of the River at the town of Kozloduy and headed for the Balkan Range. After heavy and unequal fighting with the Turkish police units and regular army, on June 2, just below Okolchitsa Peak, in the region of Vratsa, Northern Bulgaria, Botev’s detachment was inflicted the heaviest blow and its leader – Hristo Botev was killed in battle. He was only 27.

To this day, Hristo Botev, poet and revolutionary, is one of the most important figures in Bulgarian history.