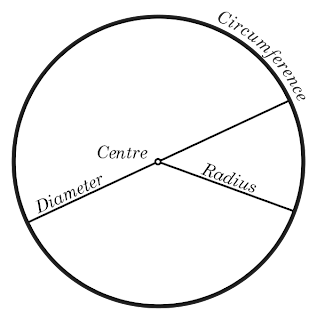 (picture from Wikipedia Commons)
Math was not my favorite subject. Algebra, to me, was torture by letters and numbers, variables and coefficients, a crazy balancing act of equations that left me totally unbalanced. It was a course I despised.

Math was just one of those things you had to endure to graduate. Although I did pass my algebra course, I wasn't particularly good at it.

Math is for left brained people, who thrive in the world of abstractions and symbols. Some of the people I dance with are left brained and teach science and math. Oftentimes I've wondered how they got into dancing, which for the most part is a right-brained activity. However, as this post shows, there is a relationship with Balkan dancing and math, which is why some left brainers like it so much.

Would you believe that the Massaschusetts Institute of Technology (M.I.T.) has a folk dance club? Many years ago I went to a Bulgarian folk dance workshop there, with all those math and physics fans. The ways they taught the dances was actually quite good. They emphasized the physical aspects of the dance, and some of the history and folklore behind them. Maybe the dance instructors were right-brained like me.

Although I hated algebra in high school, geometry was another story. It was something in which I excelled, because it involved pictures of actual objects, such as circles, rectangles and triangles. It involved an intuitive sort of reasoning that made a lot of sense, once I got the hang of it.

The past few weeks I had been watching and learning several dances from my favorite dance resource, YouTube, and my current favorites are Pravo variations. The Pravo is the basic Bulgarian dance, done in an open circle or a line, but there is more to it than that. There is a geometric pattern it that I never noticed while dancing, but came right out at me when I watched the videos.

This is Sapril Dobri. If you watch it closely, the dancers move in and out of the open circle at an angle of approximately 60 degrees.

I learned Maricensko with my group on a Friday night. It, too, is a pravo variation, with the same 60 degree pattern. The person who taught it described the dance movement like cutting a wedge of pie (not π, which is symbol for a crazy never ending number discovered by a Greek mathematician who was fascinated by circles....)

The Serbs dance something called the kolo, which translates into circle in English. Their interpretation of a circle is quite loose, and sometimes a kolo is danced in a line. A line is also a geometric figure.

The last dance, Pinosavka, done in a line (instead of a circle) has that wedge pattern. Want some pie with that?

Now I know why all these math and physics people go dancing. Between all that step counting and the crazy irregular rhythms of the music (with time signatures that resemble top-heavy fractions), they are right at home.

This work is licensed under a Creative Commons Attribution-Noncommercial-No Derivative Works 3.0 United States License.
Posted by Katley at 8:20 PM