The Bulgarian Fascination with Water: Evidence From Folklore, Music and Proverbs 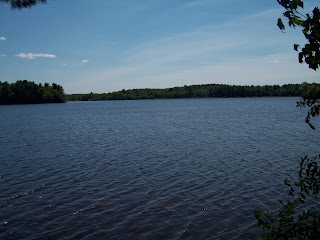 World Water Day was a few days ago. Although I'm a little late for it, being a procrastinator, I'm going to share some musings about water and Bulgarian folklore.

Bulgarians are fascinated with water. They are almost as fascinated with it as they are with Outer Space. Why, I don't know, because there is certainly no lack of it in their country. Maybe it's the overabundance of this element in the form of lakes, rivers and the Black Sea which has influenced their folklore. There is certainly plenty of evidence of this on the Internet. Here's a link to one of their broadcasts (in Spanish) about the personification of rivers in Bulgaria, and the three sisters, Maritsa, Trunjzda and Arda, who constantly fight. Even rivers have sibling rivalry and bad days, just like people! If your Spanish is a little rusty, you can cheat and use Google Translate.

This gives a new meaning to the possibility that water has memory, and even personality. This idea has yet to be proven.

Back in the day, before there was modern plumbing in Bulgaria, women, especially, were given the task of fetching water from the well. This was a strenuous job (water is heavy!) and the women had to do this a number of times a day in order to clean, cook and wash dishes and laundry.
The village well was a meeting place for the women to gossip while they fetched the day's water and the men often eyed the young ladies (who were fit and strong enough to do this), while they performed this task. As a result, there were folk songs about men falling in love with a particular young lady as she carried water from the well to her house.

Here is a performance by Tatiana Sarbinska, of a folk song about a young woman bleaching a cloth that she had been working on for three years, in the river, only to have it swept away, forever. The audience joins in and they're having a good time!


The translated lyrics can be found here:

The dance which is done to this song, Pajduško horo, has relatives throughout the Balkans: http://katleyplanetbg.blogspot.com/2010/09/travels-of-pajdusko-horo.html

There are a number of Bulgarian proverbs connected with water. Here's the website where I found them. Sometimes something is lost in translation. You can read about this here.
http://omda.bg/engl/ethnography/pogovorki.html


"Water washes away everything but shame."


"Draw water from the new well, but do not spit in the old one."


"If you are going to drown, do not try it in shallow water."


Since Bulgarian society in the old days was so conservative, and young men and women were not allowed together unsupervised, the men would sometimes watch the women when they fetched water at the well, and would sneak a peek at them while they did their wash in the nearest river or lake. Since the women often got soaked in the process (think wet T-shirts), this was probably an interesting diversion during work breaks.

Back in 2007, a Bulgarian entry made fifth place in the Eurovision Song Contest, a pan-European competition for the best European pop song. The Bulgarian entry for that year was Water (Voda) sung by Elitsa and Stoyan:

This song was exceptional in the way that it combined African and Bulgarian folk elements in a beautiful and unusual way, with a bit of techno added. The lyrics describe a young woman bathing in a mountain river (singing all the while), while rain pours down. A young man sees her falls in love with her, and they ride away on a horse during a thunderstorm. The rest can be left to the imagination.

This song was a big hit with the Bulgarians, and the video, with flashes of lightning, and pouring rain, was exceptionally good. Elitsa has a powerful voice, and sang in the Shoppe folklore style. For more on Bulgarian singing click here: http://katleyplanetbg.blogspot.com/2010/08/bulgarian-singing-demystified.html

Here is what the singer, Elitsa Todorova, said about it:

"Our folklore is like water. We've chosen the title Water because in Bulgarian folklore there are very slow beautiful songs which are like a lake. But we also have songs with very fast rhythm which are like a waterfall. And my wish is this song to be like Water, a gasp of fresh air for the human spirit and soul. When we recorded the promo video of the song, they poured lots of rain on us, and I felt purified."


In Bulgaria, splashing water on someone before an important event is good luck. The very last entry on the following web page explains why. It can be compared to a christening of sorts on the new enterprise.


A custom, not limited to Bulgaria (it's an Eastern Orthodox church thing, done in Greece and other Balkan countries) has to do with the custom of young men jumping into bodies of water in the middle of winter to retrieve a cross thrown into it by a priest. This is done on the 6th of January (the Christian feast of the Epiphany), and connected with St. John the Baptist, the man who bapitzed Jesus. The ritual may have started out originally as a pagan ceremony, to drive away evil spirits, but is now sanctioned by the Bulgarian Orthodox Church. The Bulgarian National Radio had an article on it this past January.


The ceremony eliminates unclean forces from the water and makes it holy. The first man to retrieve the cross from the water will have health and good luck that year (if he doesn't freeze to death first :) As far as I know, this has never happened. It could be a combination of mind over matter. I have seen Polar Bear Club members jump into the ocean in the middle of winter, and it's always fascinated me how they never succumbed to hypothermia (although the ambulances and the EMT's are there, just in case.)


The last item is a video, from Bulgaria, of the Epiphany ritual. There is an EMT boat in the background. Notice the snow on the shoreline, and the flurries falling from the sky. The spectators are wearing heavy winter clothing, and the swimmers are NOT wearing wetsuits. And they are all male.