The Moon, the Stars and the Sun...a look at Celestial Objects in Bulgarian Folklore 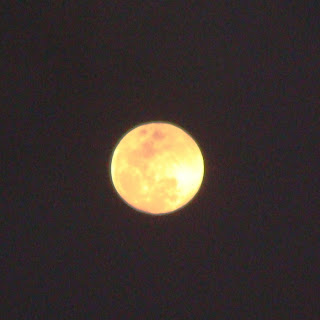 Bulgarians are really into outer space judging from the number of references in their folklore about the Sun, the Moon, and the stars. Here's a glimpse into their fascination with heavenly objects in folk songs and folk music.

Zornitsa means morning star and probably refers to the planet Venus. Although Venus is technically a planet, it looks like a star and is one of the brightest objects (after the moon) in the predawn/evening sky. (Venus can only be seen two hours before sunrise and two hours after sunset). Zornitsa is a popular female name, which is most likely given to girls born just before sunrise. The morning star must be something really special to the Bulgarians because there are so many folk ensembles with that name. Here's Zornitsa, from Sofia, performing at a festival in Luxembourg:

This beautiful song is Izgrejla e Mesechinka (the moon has risen). The moon is often seen as a feminine object; if you know a language in which nouns are considered masculine or feminine, for example, Spanish, the moon is feminine (la luna). What's really unique about this version of Izgrejla e Mesechinka is that there's only one female singer in the group, and it gives this "feminine" song an interesting masculine quality.

Fire rituals were used in the old days, before Christianity, to summon the sun back around the time of the winter solstice and to chase away evil spirits. Although modern people know that the the sun will eventually triumph over winter, the Surva celebrations are held in Bulgaria every year. Which is a good thing, because if they weren't, everyone would probably freeze to death :)

This video, depicting another ritual which takes place shortly before Lent, gives a new meaning to the term "fire dancing," and the brass band music accompanying the dancers is loud enough to wake the dead. That and the bonfires will certainly keep those evil spirits away, especially the cold ones that bring long, snowy winters. Lent falls at the very end of winter, and is the start of the 40 day fasting season before Easter.

For more on the Shrovetide (pre-lenten) ritual, read:

For more on the sun in Bulgarian folklore, here's a link to a broadcast from the Bulgarian National Radio.

For more on the Bulgarian connection with outer space, read:
http://katleyplanetbg.blogspot.com/2010/03/outer-space-bulgarian-connection-we-are.html

For the Bulgarian take on astrology and folklore read:

This work is licensed under a Creative Commons Attribution-Noncommercial-No Derivative Works 3.0 United States License.
Posted by Katley at 9:12 PM