From time to time, it is worth wandering around the fuzzy border regions of what you do, if only to remind yourself that no human activity is an island.
Julian Baggini
Today's post features some less well-known dances from Oltenia, Romania. Southern Oltenia shares a border with Bulgaria and the dances from this region share certain elements with those from the Vlach region of Bulgaria (Severnjashko). They tend to have fast footwork and shouts (strigaturi). For example, the dances Trei Pazeste Batrinesc (Romania)and Vidinsko Horo (Bulgaria) share a second figure that is exactly the same!
The region of Oltenia (once upon a time) was a part of Bulgaria during the Middle Ages.  It is named after the river Olt, one of the major tributaries of the Danube (River of Many Names).  It is a "fuzzy" border region where cultures have mixed.
Video #1, Alunelul Scuit, is a dance I have never seen performed in the United States. My guess is that this group is the Taiwanese Bonding Folkdance Class. Many dances from Oltenia have the name "Alunelul" in the title. Alunelul means "hazelnut" in Romanian.
Video #2 is Alunelul Batut #2 (there are several dances with the name Alunelul Batut). It has different choreography and different music than Alunelul Batut #1 (which is more frequently done).  They like to beat up the hazelnuts in Oltenia!
Video #3 is  Alunelul Batut de la Goicea.  Goicea is in the Dolj region of Oltenia.   This is not to be confused with other dances from Goicea, for example: Trei Pazeste de Goicea Mare.  There is an entire family of dances from Oltenia with the name "Trei Pazeste."  For more information on "Trei Pazeste" dances see the link at the end of this post.
Video #4 is Balta, danced to a tune named  Horă Mișcată. There is a lot of fast footwork in less than two minutes. By the way, there is another dance, Ca la Balta, also from Oltenia, that is often confused with this one.  If you really want to get confused, read the post below on "Dances Often Confused." It has become a never ending series...
If you enjoyed this you may also like:
Dances from Oltenia Part Three (parts one and two are connected to this post.)
Balkan Dances that are often Confused, part 22 (links to all the previous posts)
Variations on Trei Pazeste
The Different "Flavors" of the Romanian Folk Dance Alunelul
This work is licensed under a Creative Commons Attribution-Noncommercial-No Derivative Works 3.0 United States License.
Posted by Katley at 1:14 PM No comments:

“The dog is the perfect portrait subject. He doesn’t pose. He isn’t aware of the camera.”
– Patrick Demarchelier 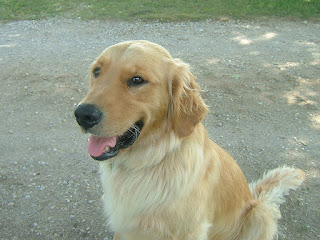 The pandemic has been going on for over two years. Dancing in the living room gets old after a while.  The floor and the space are not always ideal.  Children and pets can be a distraction.
Tuesday Night Revival  from Boston posts videos from their Zoom sessions. (When I first heard the name I thought it was a religious meeting.) The reason for the name has to do with Tuesday night sessions that were held at MIT (Massachusetts Institute of Technology) until the 1990's, when they switched over to Saturdays.  They focus primarily on dances from the Balkans.
When dancers could no longer meet in person, they, along with many other groups, used the Zoom platform. Tuesday Night Revival  currently does a hybrid program (in-person dance as well as on Zoom).  What is great about the hybrid programs is that dancers who live at a distance can join them from their living room.
This video got my attention because the dogs stole the show. At 1:34 two dogs get up from the couch and demand attention.  It's amazing how the dancers concentrate with the canine distraction (It's actually quite cute). The dance is Vlashko, from Bulgaria.
The link to the video on YouTube is below. I didn't embed it because it is copyrighted.
https://youtu.be/Vy3cJ7UypRY
If you enjoyed this, you may also like:
The Dancing Hat
Critters in Balkan Folk Music

This work is licensed under a Creative Commons Attribution-Noncommercial-No Derivative Works 3.0 United States License.
Posted by Katley at 10:57 AM No comments:

“No rose without a thorn.” – French Proverb
Happy spring! Today's post is about flowers in Bulgarian folk music. The rose is the national flower of Bulgaria.  There is a big festival every year in early June in Kazlanuk, Bulgaria.  Here is some old video from 2010 to give you an idea what the Rose Festival is about (horo dancing is a big part of it!)
Video #1 is Biala Roza (White Rose), a song warning a young man to watch out for those thorns! The dance to this is Devetorka (9/16).
Video #2 is Karamfil (Carnation) It is a Hajduk (rebel) song.  The Hajduk (named "Karamfil") is a son of the Balkan Mountains and grew up in the Valley of the Roses. Karamfil is also a very popular dance.  Rhythm is 7/8.
Video #3 is May Flowers by Diko Iliev. His specialty was horo (dance) music for wind instruments. He is much honored in Bulgaria, especially in the town of Oriahovo, where he spent his happiest and most productive years.  His favorite season must have been springtime, because he wrote two other pieces with seasonal titles: Maisko Utro (May Morning) and Proletno (Springtime) Horo.
There are no dancers in this video.  To me this sounds like a fast Pravo in 2/4.   The band itself is worth watching.
If you enjoyed this you may also like:
Dreaming of Spring in the Middle of Winter (a variation on today's theme)
Having a Blast with Diko Iliev

This work is licensed under a Creative Commons Attribution-Noncommercial-No Derivative Works 3.0 United States License.
Posted by Katley at 11:01 AM No comments:

Every writer has certain subjects that they write about again and again, and . . . most people's books are just variations on certain themes. Christopher Isherwoood

Confusion is to be embraced, not feared.

What do the music for Janino Oro, Jove Malej Mome, and Jovino Horo have in common? Is there a resemblance somewhere?

Video #1 is  Janino Oro, performed by Amanet from North Macedonia.  They were featured in a recent post.

This tune bears a striking resemblance in melody and rhythm to a Bulgarian dance from the Shope region: Jove Malaj Mome.

Here is an interesting article from The Society of Folk Dance Historians about Janino and Jove Malaj Mome:

Video #2 is Jove  Malaj Mome.  The similarity of the music to Janino Oro is quite noticeable.

Video #3 is the Bulgarian dance Jovino Horo. The steps are similar to Jove Malej Mome but done to different music.  The group is from Bulgaria.   (The dance is also transliterated as Yovino Horo).

Dancing Through the Alphabet, Letter Y

We are defined not by our borders, but our bonds.
Barack Obama
The region of Oltenia in southwest Romania and the Vidin region of northwest Bulgaria have dances in common.  They are separated by the Danube River.
There are numerous versions of the dance Trei Pazeste from Romania.  Video #1 is Trei Pazeste Batrinesc very popular in the folk dance community.
The dancers are from Boulder, Colorado in the United States.  I don't know if they are still performing (many community events have been cancelled due to Covid 19).  Hopefully they will resume when the pandemic is over.
This dance is very popular on Zoom.
Video #2 is Trei Pazeste de la Bistret. It's not as popular as the "Batrinesc."  What both Trei Pazeste dances have in common is that they are from the Romanian region of Oltenia and that they are fast.
Video #3 is Trey Pazushte (slightly different spelling) from Bulgaria. It resembles Izruchana, another dance from Northwest Bulgaria and Trei Pazeste Batrinesc.
Northwest Bulgaria is the home of the Vlachs, originally from Romania, who settled in Bulgaria.  Their language is a dialect of Romanian.  There are some dances that go by similar names (but different music) in the Vlach border region: for example: Florecica and Kalushar.
Bulgarian music from the Vlach region sounds almost but not quite Romanian.
If you enjoyed this you may also like:
Crossing the River, Part 4 (links to previous videos)
Balkan Dances that are often confused Part 21 (links to the others in the series)

This work is licensed under a Creative Commons Attribution-Noncommercial-No Derivative Works 3.0 United States License.
Posted by Katley at 11:15 AM No comments:

A few weeks ago I featured the North Macedonian folk ensemble Amanet on The Alien Diaries. I found them while looking for the music for Janino Oro.  I was delightfully surprised at what I heard and spent an entire evening listening to their songs.
Video #1 is from a New Year's party: There are two songs that many folk dancers will recognize: Zaiko Kokorajko at 8:40 (we dance Arap to this); at 12:00 is the music to Skopska Crnogorka.
Video #2: Pay attention to the first song:  this is the Macedonian version of Elerinka.  Music is the same but not the words.  Elerinka is a Bulgarian folk song from the Pirin region with choreography by Iliana Božanova.
Video #3 is a lively song,  More Chicho Reche in Pajduško rhythm. (5/16).  It is popular in both North Macedonia and Bulgaria.
If you enjoyed this you may also like:
Three Variations of the Bulgarian/Macedonian dance Arap
The Travels of Pajduško Horo

This work is licensed under a Creative Commons Attribution-Noncommercial-No Derivative Works 3.0 United States License.
Posted by Katley at 1:15 PM No comments:

The Influence of Folk Music on Romanian Pop

The folk music definition has changed in this fast music world and musical styles are blending really quickly.

The group Ro-mania has done much to popularize pop-folk music in Romania. The group was formed in 1996 and released many songs in the early 2000's. I don't know if they're still active and performing but their videos can be seen here (and on YouTube).

Video #1 is based on the Romanian folk dance, geampara. Geampara is in 7/16 rhythm. In that respect it is similar to Bulgarian rachenitsa. The name of the song is A Mai Zi O Geampara.

Video #2: The Dancing Hat: Sa-ti sara basca.   The dance is geampara.  In this video the hat travels on its own.  It randomly lands on people and compels them to dance.

Video #4 is a pop-folk example of a Sirba, titled Sirba lui Valiuku by Valentin Uzun & Tharmis Orchestra, complete with dancers and a full orchestra.

If you enjoyed this you may also like: Bring on the Border Crossers, Part One