The "Flavors" of Bulgarian Rachenitsa

Today we explore the national dance of Bulgaria, the rachenitsa. This is a dance with many variations and lends itself to creative improvisation. Back in the day, men and women met and mingled at dances; and seldom were both genders allowed together unsupervised. The village dance was the place where men showed off their fancy footwork to attract the ladies.

Bulgarian music makes extensive use of time signatures with odd numbers and is an interesting combination of rhythms.

Dancers learn Bulgarian/Balkan rhythms as a combination of "quick-slow" beats. The person teaching the dancing will have the students clap the rhythm before teaching the footwork. The point of this is to feel comfortable with the beat before learning the dance.

To get an idea of the rhythm of the rachenitsa, say the words "apple apple pineapple." The time signature is in 7/8, for you music theorists out there (7 beats to the measure, the eighth note gets the beat).

Here's an example of a rachenitsa from a Bulgarian teaching video. This is the couple version of the dance Shopska Rachenitsa, and at the end you'll see why this is a dance with a sense of humor :) This reminds me of a courtship dance, which it probably is:

Rachenitsa comes in many "flavors" and because of the diversity of the different folklore regions of Bulgaria, there are lots of them. Here is one on my favorites, by the composer, Petko Stainov, of a Thracian rachenitsa for orchestra, which sounds more like classical music than Bulgarian folk, but beautiful nonetheless:

This last video is a dance called Brestaska Rachenitsa, which is rachenitsa for the rest of us, performed by a group from the United States. These are people who dance on Friday (or any other night of the week), for fun and exercise, like myself.

This work is licensed under a Creative Commons Attribution-Noncommercial-No Derivative Works 3.0 United States License.
Posted by Katley at 10:17 PM 2 comments: 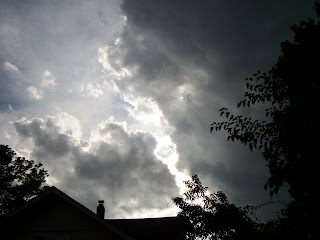 I recently experienced the death of one of my favorite relatives. My maternal aunt died suddenly and unexpectedly of a heart attack at age 69 last Friday night.

When she was young she was quite the party girl, and loved to drink, dance and have a good time. On my 18th birthday, we got drunk on some bad vodka, and acted pretty damned crazy. Oh to be young again....

My aunt always made me laugh and told the funniest stories! I'll never forget when she visited me in the hospital when I was recovering from surgery I had for a ruptured appendix. This was a brush I had with death when I was nearly 15 years old; the doctor removed the appendix and its nasty by-products before they would have spread through my body and killed me.

She had me cracking up from the time she arrived until visiting hours were over, which was good because I had been in the hospital a week and it was quite depressing in there.

She partied hearty until middle age, when she had to slow down and was in the midst of raising two sons. When my aunt entered her later years she suffered from diabetes and high blood pressure.

The last five years of her life she hardly left the house because she broke her knee in an accident and never fully recovered her mobility, shuffling around her small apartment in a walker. At this point, I think she was ready to go. Confinement is depressing.

Although this is not the Puerto Rican music she danced to in her youth, I dedicate this song to my aunt, who would have wanted me to dance, drink wine (or some other potent potable) in her honor and break the glasses afterwards. It's called "Ako umram il' zaginam", which means "If I die or if I'm killed.", a song popular in Western Bulgaria and Macedonia. Although it's a men's song, she was wild and crazy as a young woman, and to me, it's how she would have liked to have been remembered.

By the way, I was at a dance the night that she died. And she was probably smiling at me from above. Unfortunately I didn't have any wine with me, or glasses to break.

Here are the lyrics for the song, in Macedonian and English, from the Balkanarama website:

This work is licensed under a Creative Commons Attribution-Noncommercial-No Derivative Works 3.0 United States License.
Posted by Katley at 8:41 PM No comments: 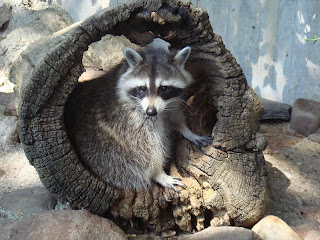 This work is licensed under a Creative Commons Attribution-Noncommercial-No Derivative Works 3.0 United States License.
Posted by Katley at 8:59 PM No comments:

Although some Americans may give you a blank stare when you talk about Bulgaria (geography isn't really taught much in our schools nowadays) there has been a long and amicable relationship between the two countries.

Recentry, the Bulgarian National Radio posted this on its website which happened to coincide with the 4th of July holiday:

They mentioned Bulgarian folk dancing in Central Park. Back in 1988, I was living in New York City and was part of the group that danced in the park. We did dances from all over the world (including Bulgaria).

The Balkan dance classes that used to be held at Varick Street now meet at the Hungarian House on the Upper East Side.

Here's a video clip of the Central Park dancers performing a dance from Serbia called Makazice(the narrator does not seem to know much about Balkan dancing. It's not a polka, although there is a couple dancing polka to it on the left).

Unfortunately, there was no Bulgarian video from Central Park to post here but here's a dance that was a favorite of ours. It's called Eleno Mome (Elenino Horo). It's a very popular dance in Bulgaria as well as in the United States. Here's a group from California dancing Eleno Mome.

And here is a Bulgarian group performing the same dance.

Cultural exchange is a good thing. I am sure the Bulgarians know a lot more about us than we do about them!

This work is licensed under a Creative Commons Attribution-Noncommercial-No Derivative Works 3.0 United States License.
Posted by Katley at 9:22 PM No comments: