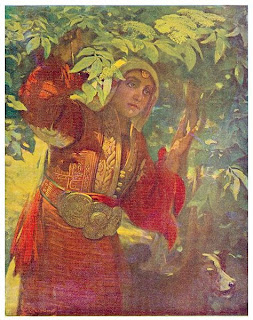 You can get insight into people and culture from their proverbs and Bulgaria is no exception. The problem sometimes is that translations from one language to another can change the meaning of the original!

Many of these are connected with farming, since Bulgarian society was primarily agrarian until the 20th century.

The chicken teaches the hen to lay eggs.
Do not put all eggs in one basket.
He that wills not to feed a cat, feeds the mice.

The proverbs quoted here are literal translations taken from this Bulgarian website, a rich source of folklore
and history as well as wise sayings. The proverb about not placing all your eggs in one basket is a familiar one. And on farms, cats were kept so the mice wouldn't eat the grain, so it was a good idea to keep them happy. And what came first, the chicken or the hen (perhaps it was the egg, but who laid the egg?)

The 500 year Ottoman occupation of Bulgaria must have been connected with the following proverb, although it could have described slavery and oppression anywhere in the world:
Better the grave than a slave.

The next two are variations of Pride goes before a fall.
He that flies high falls low down.
A haughty person will not even reach down to take his own nose if it had fallen to the ground."

If you attempt too much, nothing gets done. This is as true in Bulgaria as it is in the rest of the world, and multi-tasking is frowned upon:
He who undertakes too many jobs does none.

On the farm, people had to work hard, otherwise they wouldn't eat. However, the next proverb gives you the idea that the men have something else on their minds besides work:
It is easier to fondle lassies, than to cut timbers.

This is a variation on the devil made me do it.
What the devil is unable to do, he asks a woman to do.

Giving up smoking is difficult, if not impossible, and rationalization is a common defense mechanism:
I gave up smoking, smoking would not give me up.

If you don’t watch where you’re going bound to fall:
Watch your step when you walk: you may find nothing but you will not stumble.

Many people wish they had young bodies with the wisdom that comes with age. If there's a Fountain of Youth in Bulgaria, no one's ever told me about it :)
If only youth had knowledge and old age ability!

Here is a musical take on health proverbs from the Bulgarian National Radio:

This final proverb from the Bulgarian Radio website shows a proven connection with anger, heart disease, and death:  He who gets angry gets old quickly.

This work is licensed under a Creative Commons Attribution-Noncommercial-No Derivative Works 3.0 United States License.
Posted by Katley at 8:07 PM