Folklore, Food and Fun with Divi Zheni and Zornitsa 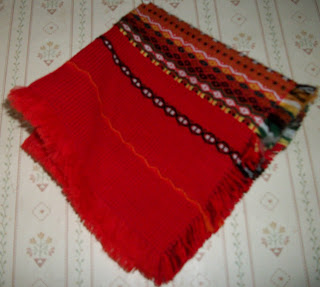 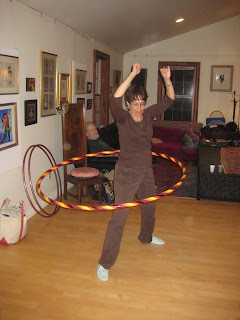 On the 3rd of December I went with one of my dance buddies to Arlington, a town near Boston, to see a performance of Divi Zheni (Wild Women), a women's group, and Zornitsa (Morning Star), the men's group. Both groups sing and some of the members play traditional instruments, such as the gaida (bagpipe), gadulka (fiddle), and tupan (drum).

What is unusual about Divi Zheni and Zornitsa is that everyone is American except for the music director, Tatiana Sarbinska. They performed at the folk festival at Koprivshtitsa, Bulgaria in August of this year. They were very well received.

Bulgarian music has a magical effect on susceptible individuals, and it has been known to bewitch them so much that they throw themselves fully into this folklore thing, to the point that they learn to play folk instruments and wear traditional costumes. Then there are those who take up dancing; they can be recognized by their accessories, which are belts (to hold on to the dancer(s) next to them) and handkercheifs for twirling.

Tatiana Sarbinska is a world renowned singer, who in another life, was a soloist for the Pirin Ensemble of Blagoevgrad. Nowadays, she's the music director of Divi Zheni and Zornitsa in Boston, and another ensemble, Orfeia, in Washington, DC.

Here's a sample of some delightful Pirin Ensemble music from the Universe of YouTube:

This is Tatiana Sarbinska performing her most famous song: Katerino Mome:

My friend and I got to the place early, and a lady there had brought some hula hoops. I couldn't resist and placed one around my waist, twirling it around for a minute or so. Tatiana saw me and asked to try it herself. She kept that hoop spinning for at least a minute, maybe more! Too bad it was the day I forgot to bring my camera.

The evening wasn't just about hooping, there was plenty of dancing. Most of the songs and dances were from the Pirin region of Bulgaria, where Tatiana is from. This is the region of southwestern Bulgaria which borders Macedonia and Greece, which has a distinct musical style.

You can read more on the folklore regions of Bulgaria here:
http://katleyplanetbg.blogspot.com/2010/11/flavors-of-bulgarian-horo-and-diversity.html
There was also plenty of delicious home made food. Several people had brought Bulgarian specialties: banitsa, spinach banitsa (which tasted like Greek spanokopita), tarator, and tikvenik.

Tikvenik is the autumn version of banitsa. This particular one was spiral shaped, and it was very tasty! It's made with pumpkin, walnuts, phyllo dough, and other tasty things and brushed with butter. Here's a link to the recipe if you're feeling ambitious:

By the end of the evening, the food was all gone.

I couldn't resist buying a small Bulgarian cloth which now hangs in my kitchen, along with my Dutch windmills and German woodcuttings. If you look closely, you can see little eyes going across it. I have protection against the evil eye now and no bad luck will befall me :)

This work is licensed under a Creative Commons Attribution-Noncommercial-No Derivative Works 3.0 United States License.
Posted by Katley at 11:54 AM