Dreaming of Spring in the Middle of Winter: Flowers in Bulgarian Folklore 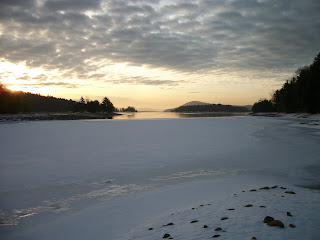 Living in the deep freeze is not easy. The temperatures have been so cold recently that you can throw boiling water from a container and it will freeze before hitting the ground.

Not only has it been extremely cold, we have been doused with large quantities of snow every week! According to the statistics for this region, we have had at least 40 inches (a little over a meter) of snow during the month of January alone.

Since I hate winter and can't wait for it to end, today's post is about flowers, springtime and Bulgarian folklore. I am dreaming of spring in the middle of winter.

Here's one of my favorite folk-pop songs from Bulgaria, Biala Roza (white rose). The dance is a Devetorka. A white rose is beautiful and symbolizes innocence, but watch out for those thorns!

Are any of you old enough to remember the "flower children" from the 1960's? I think the Bulgarians were the original flower children judging from the number of videos I've seen with them wearing flowers in their hair. This little girl has one of the most amazing voices I've ever heard. She has flowers in her hair, and is wearing a traditional Bulgarian folk costume. And it's springtime....

Here is a dance-song called Karamfil (Carnation.) According to the song, the red carnation is the symbol of the rebel (haiduk) who leads the struggle against Ottoman Turkish rule, the mother of the partisans and the leader of the Slavs. He is a true son of the Balkans, born in the Valley of the Roses. For some reason, the Chinese love Bulgarian folk music. Must be that connection they have with the ancient Bulgarian calendar, which is the same as the Chinese zodiac!

The Year of the Rabbit is just around the corner. Click here to read about the ancient Bulgarian calendar and the Chinese zodiac:
http://www.helium.com/items/1512507-ancient-bulgarian-calendar-and-chinese-zodiac

The rose is the national flower and a symbol of Bulgaria. In spring, the Valley of the Roses comes alive with the color and fragrance of millions of flowers. The Rose Festival is held in June. Rose oil from Bulgaria is exported all over the world, to be used as an ingredient for perfumes. In this video, girls in traditional dress wear flowers in their hair. They're dancing a Pravo Horo, which is the one of the most popular dances in Bulgaria.

For more on the Rose Festival, click here:
http://www.rose-festival.com/valley-roses.shtml

Unfortunately, there's more than 6 more weeks of winter left.....but I can dream, can't I?

This work is licensed under a Creative Commons Attribution-Noncommercial-No Derivative Works 3.0 United States License.
Posted by Katley at 10:56 PM